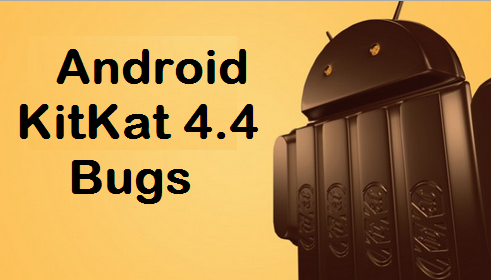 It appears that Google has let down a bug in its recent android Kitkat version that will have an effect on every individual who uses VPN apps features on Android 4.4.

As claimed by bug reporters there have been many miscalculations in MSS (Max Segment Size) which operates on a VPN connection. It results many sidedness differing from

1. High CPU consumption on network hosts because of IP fragmentation and re assembly.
2. Individuals undergo timeouts when discontinuation of connections occurs.
3. There’s a high loss of packets when broadcasting data over VPN connection.

It consumes high CPU on network hosts because of IP fragmentation and re assembly. This bug has been known to exert influence on users of nexus 5. Android 4.4 holds many errors in network stability, it carries low signal which causes problems for the users to make call or text.

Individuals undergo timeout when discontinuation of connection occurs. Instability of internet connection turns out to update the WIFI software every time you use it. For the very first time the new 4.4 software may contain battery problems such as effortless draining or too low battery life. The battery needs calibration to reset itself.

The Google play launcher is a bit buggy, when the users starts Google search and typed on search bar or when doing some editing on mail the Google play services will crash, it also occurs while downloading anything from Google play, it will force closes the apps.

There’s a high loss of packets when broadcasting data over VPN connection. The obvious problem is that the Android 4.4 TCP protocol exhibit an incorrect “maximum segment size” for VPN packet transfer making techniques for all the above mentioned issues. The end consequences could be distorted piece of data and discontinuation of the network.

So far bug reporter claimed over this, but there have been no remarks or statement from Google at that instant. But we expect that Google will shortly secure the bug, as Android 4.4 is not extensively available in the market, so there will be golden opportunity for Google to fix this bug soon.