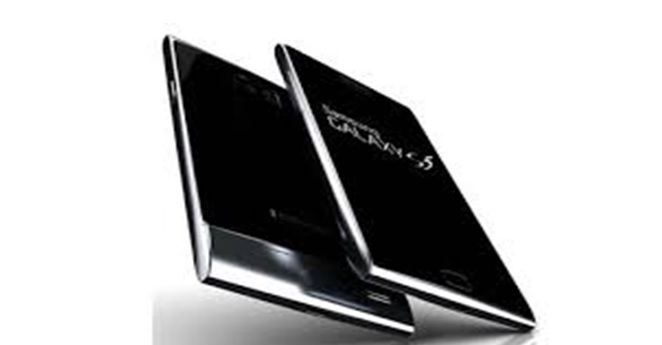 Samsung galaxy line is going to overthrow all their competitors soon and will surely make a Samsung empire due to its intensifying achievements throughout the world. After the magnificent success of Samsung galaxy s4, a new classy flagship device is on its way to make an impact on people around the globe. This device is Samsung Galaxy S5, which is expected to release in 2014. It is far to see the full beauty of this Smartphone but the trailer or preview can be seen now.

Contents hide
SAMSUNG GALAXY S5: A SPANKING NEW TRENDY SMARTPHONE TO BE IN THE RACE
Noticeable Features of Galaxy S5

SAMSUNG GALAXY S5: A SPANKING NEW TRENDY SMARTPHONE TO BE IN THE RACE

Samsung fans and users will quit using their plastic body Smartphone when this device will be appear in its fine metal case or body. All Samsung predecessors were enclosed in plastic assembly, this innovation would bring a remarkable change in its quality and style.

Performance of a phone is always précised by implanting CPU with RAM. Samsung galaxy S5 is intended to have 64-bit Exynos 6 processor inside it. This will possess elevated swiftness and power. This will also support the applications of 64-bit and run it with full rapidity.
It was described by tech blog G for Games that, * “According to the latest bits of information coming from Samsung’s homeland, the company is pretty much done with developing its in-house 64-bit CPU. From our understanding, Samsung went past the more difficult parts of creating the CPU, and the chip is almost ready for its release.”

Samsung galaxy S5 will feature RAM of 3GB. This would ultimately be an ultra-thin RAM ever mounted in Samsung series. It will provide scope for bigger battery and it will help user to keep their beloved Samsung with them for long.

Samsung is always been admired for stepping up in its camera facilities with its new generations. There is always a noticeable treatment to cameras of Samsung smartphones. Samsung S5 will substitute 13 megapixel cameras of Samsung s4 by 16 megapixel real mounted camera. It will utilize ISOCELL technology which will allow crystal clear image to be captured and videos to be recorded. It will provide stunning opportunity for camera-friendly people to get in more photos.

Samsung will put off old LCD display and will introduce flexible AMOLED display with pixel of 560 pixels per inch. This will prove to be better achievement for company. It will be having better resolution even much better than all its predecessors.

To have the interesting Samsung galaxy S5 to set on the hands, users have to wait for the next year and it will unquestionably astonish people and accomplish their demands. Its new feature can also win the race of Smartphone.